The Dominator by DD Prince

Right after her high school graduation, Tia O’Connor’s father tells her he needs her to save his life by being a marker for a gambling debt for just a few days. Then Tia finds out the truth, that her life is no longer her own, that she’s been chosen to marry the son of a local mafia kingpin, a man whose identity shocks her.
Tommy Ferrano likes to play mind games. Tommy likes to play a lot of games. Tia has to obey his rules … or else.
-Amazon Desription

First, allow me to take a deep breath before I start. Breathe in, breath out. Alright, I can begin. WOW. JUST… WOW! As soon as I read the trigger warning I knew this would be an intense read, and boy was it ever! DD Prince’s The Dominator grabbed me by the neck and never let go! 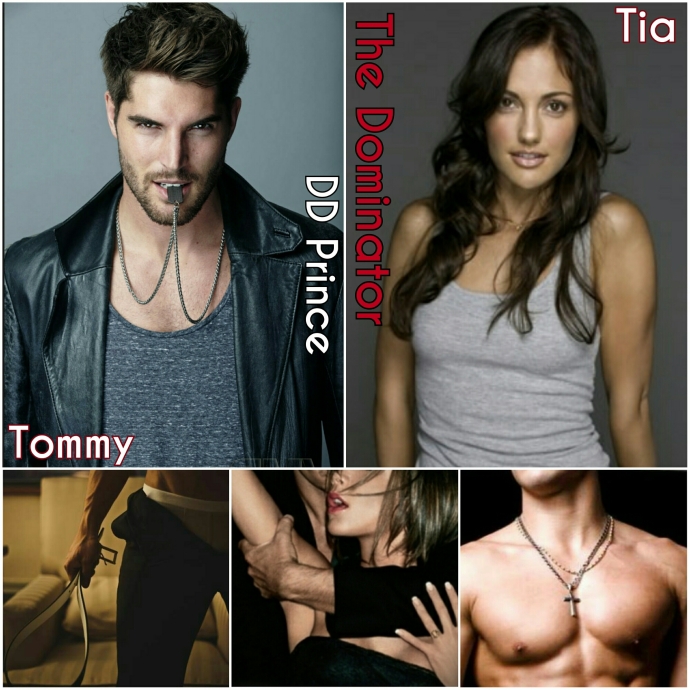 Fear flickered in her eyes for a beat but she continued to stare up at me, right into my eyes, trying to be brave. I liked it. I liked it a lot. Yeah, I’m a sick fucker. And the only thing scarier than a sick fucker is a sick fucker with power. If I was going to have to marry to get all the power I’d damn well get as much pleasure as possible from it. Fear and defiance rolled up in one? She was perfect. Maybe that’s why I’d waited so long. This was coming for me. Her.

Don’t ask me how I came to adore the, dare I say it, love story in this book because even I don’t know! Tommy and Tia’s first few interactions was a hard and disturbing read. He not only brutalized and assaulted her repeatedly, he was so calm and charming afterwards that I wondered if he needed a heavy dose of medication, or a bullet to the head!

“You’re crazy.” I breathed. What a maniac! This was messed up!
He reached over and flicked the lamp back off, “Well?”
I took a deep breath, “You’re, like, fucked in the head, aren’t you?” Stupid, Tia. Why would I say something like that to him?
“Yeah, and I have a gun,” he announced, “Who gives the crazy guy a gun? Oh yeah, and a goodnight kiss; I want that, too. Keep me waiting and my list of demands may keep growin’.”

The novel is narrated through both Tia and Tommy’s point of view, jumping back and forth on a whim throughout each chapter. I actually loved the dual point of view style DD Prince used, and having both of their narratives shown in almost each scene.

I hated Tommy in the beginning. Loathed him. But like Tia, I was also intrigued and intensely attracted to him. He’s tall, insanely gorgeous, funny, charming, and as alpha as they come! Now if only he wasn’t an abusive, psychotic kidnapper, right?! I’ll say that getting to read from his point of view helped me to understand his reasoning and remorse. He was usually very conflicted in how he treated Tia.

Tia spent her time mentally plotting her escape and beating herself up for responding to him sexually and crushing on the “sweet” Tommy hard! She cried so much that I was just emotionally drained for her. I liked that she didn’t immediately resign herself to her fate and roll over purring for Tommy just because he was hot. She fought constantly, albeit uselessly, to get out of there.

Now I know it seems like this should just be a police report at this point, but there’s actually light at the end of the tunnel for the pair! After Tommy saves Tia from a tragically devastating and heartbreaking situation, the tables begin to turn for them. Tia was pulled deep into his world and questioned if she wanted to leave anymore.

She was getting to me in a way I hadn’t expected and I wanted something else from her, too, but I didn’t know what name to give what I wanted. I wanted her to see the real me, to want me, even if I wasn’t perfect, even if I could be a cold-hearted prick sometimes. Did I want her to love me? Love was something I never had before. I got praise and respect through accomplishments. I had to earn everything I got.

I found myself wanted them to turn over a new leaf. Urging Tommy to win her over! Hell, maybe even I had Stockholm Syndrome, but as their relationship shifted, my heartstrings were tugged relentlessly and I believed in their newfound love. Was Tommy dominant, controlling, dangerous, and dark? Absolutely! Did I love him anyway? You can bet your last dollar I did!

Tia wasn’t weak in my opinion. She knew that she’d fallen in love and she knew that it was a dark hole she was being led down. But she loved him and came to crave the journey with him, where ever it led.

I’m pretty sure I was an emotional wreck while and even after reading The Dominator. And that’s why I gave it 5 full stars! I couldn’t shake the story once I finished. It was so thoroughly engrained in my head that I was replaying scenes, remembering quips, laughing at their banter, and shuddering at their fights days after I’d completed the book. For me, if it can grip me to that extent, I can leave it nothing but an excellent rating!

I even enjoyed the secondary characters, from Tommy’s close knit family, to the armed guards always present, and a live in maid that didn’t know how to shut up! There was just enough interactions with others that it didn’t turn into an isolated bubble of only the two leading characters.

“I know you didn’t choose this but I can’t give you up. I won’t. Don’t ever, ever ask me to. After things settle down I’ll help you have a life you’ll want, but with me, and you have to take all of me. I’ll find you answers about your father, I’ll give you everything your heart wants, everything except freedom from me. Don’t ever ask me for it.”

This book won’t be for everyone, that’s just a fact. I’d suggest really paying attention to the trigger warning, and reading it mentally prepared to read some very dark scenes. Very dark! It’s filled with violence, guns, betrayal, torment, and laced with vivid and rough sex, sex, and just in case you missed it… sex! But for those that enjoy a gritty, smutty read that leads to love and redemption, you will not be dissapointed!

2 thoughts on “The Dominator by DD Prince”

If you're an author interested in having your book reviewed and/or providing an ARC, contact me at:
candidreviewmom@yahoo.com

Check out my Product Reviews: The Candid Review Mom